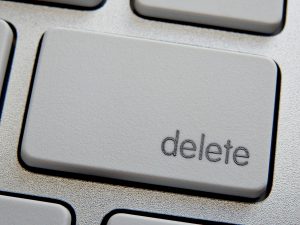 I’ve written several posts on plosive consonants in ending positions and in clusters.  But a colleague of mine recently asked about the dropping of medial consonants.  She said she hated the recent trend to say, “impor’ant,” instead of  “important.”  I agree with her on this so I thought I’d give you some ways to work on this problem.

First, if you omit these sounds you run a couple of risks.  You can sound not as smart as you are, and you might be difficult to understand.  Let’s say you omit the /t/ sound in “certainly.”  If you’re speaking fast it could come out as “surly.”

Now, I must tell you, as I told her, that fixing the problem of medial consonants is not as easy as some of the other consonant issues.  Ending consonants are super easy to fix.  Check out this post for some tips on that.  Consonant clusters are a bit more of a challenge, but there aren’t many of those in speech.  But almost every word has at least one medial consonants.  Granted not all of these cause problems, but certain words that we say often do call for these consonants to be distinct.  Here are a few:  county, country, important, center, winter, picture, painting.

Some of the words above can actually become different words when you drop the medial, plosive consonant.  For example, “winter” becomes “winner” and “center” becomes “sinner.”  I don’t think any football center wants to be called a sinner!

So how do you do the work to change these errors?  First, you have to be sure you know how to make a consonant plosive correctly.  I cover this in a blog post so click here to read about perfecting your cononant production.

Next, record yourself, and listen for any medial consonants that you might be dropping.  Or you can have a friend do this for you.

Finally, it works well to divide the word you’re working on into two different words for practice.  “Important,” for example, would be practiced first as “impor” “Tant.”  Repeat the word this way many times each day exaggerating the /t/ sound.  After a few days of this practice, merge the words together, and see if you can still keep the /t/ in the word.  If you can, repeat the process of saying the word over and over for a several days until it sounds natural.  At first it won’t, but don’t despair.  If you keep up this practice, your medial consonants will stop being stumbling blocks.  Lots of practice with this pays off.

There is lots more information about articulation problems in the fifth edition of BROADCAST VOICE HANDBOOK.  Download it instantly by clicking here.